The Museum bears the name of traveler and scientist Vladimir Klavdievich Arseniev.

Permanent museum exhibits on the history and culture of Primorsky Krai and Vladivostok are combined with rotating temporary exhibits which allow visitors to become acquainted with various collections.

In the main museum building you can see exhibits such as:

In the Footsteps of the Balhae Kingdom

The exhibit is dedicated to one of the most mysterious pages in the history of Primorye, the Balhae Kingdom, which was established at the end of the 7th century and included territories in Manchuria, Primorye and North Korea.

Tomb of the Jurchen Prince Esikuy

The exhibit partially recreates the ancient burial with the Alley of Spirits which was found in Primorye. Jurchen Prince Esikuy’s tomb complex of the mid-12th century includes a tomb, stone sculptures, a gate to the burial temple and artifacts from the grave.

The World of Primorye’s Indigenous Peoples and Their Traditional Culture: the Udege, Nanai, Oroch

The exhibit tells about the culture and life of the Nanai, Udege, Oroch, Ulch, Eskimos, Aleuts and Itelmens. Items of material and spiritual culture of indigenous peoples of the Far East are on display.

Museum of the City 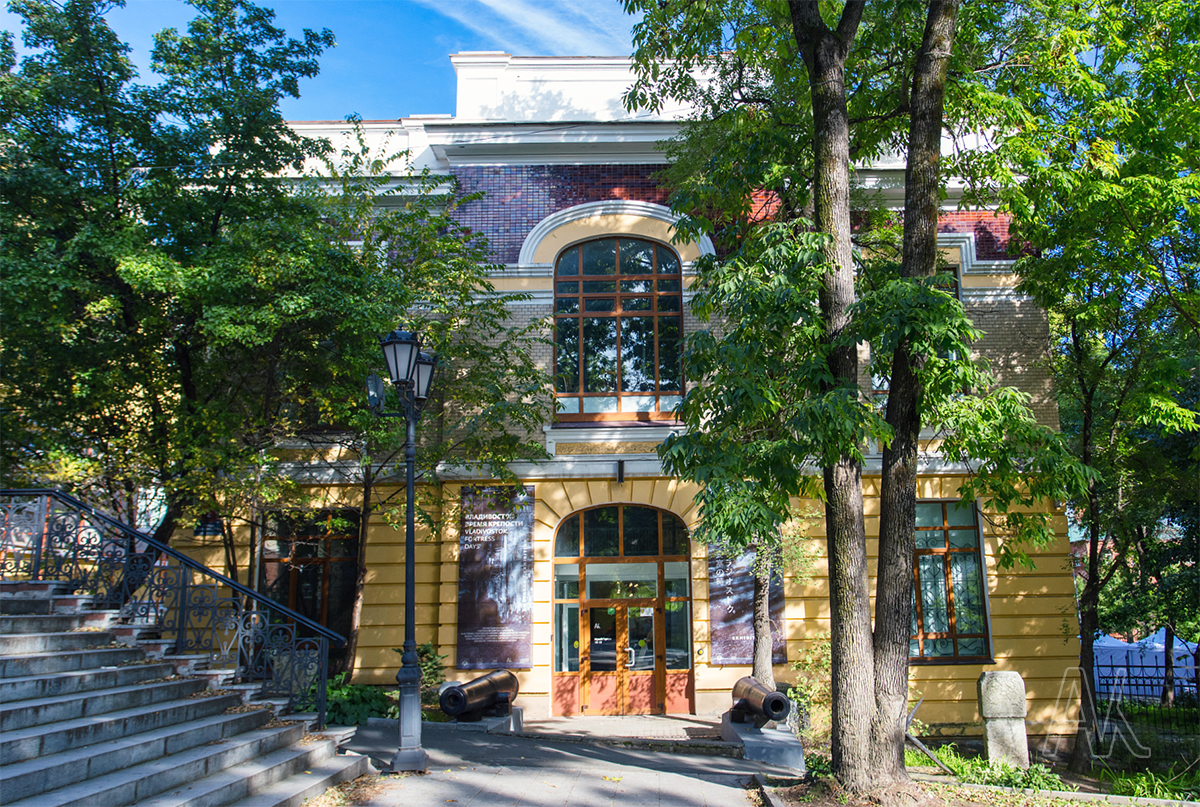 The building was built to house the museum of the First Society of Scientists on Russia’s Pacific coast which was founded in 1884. Citizens who were aware of the museum’s importance played an imperative role in its construction and the formation of its collections. The museum had a regional history objective: to explore the unfamiliar environment which had shaped Vladivostok. Now, Vladivostok itself has become the object of study. The Museum’s attention is not only drawn to regional history, but also to the study of local history as well as the phenomenon of the Vladivostok Fortress.

It is the only museum of a Tsarist Official in Russia and one of a few wooden mansions of the 19th century preserved in Vladivostok. This house was the residence of State Counselor of Primorye’s Regional Government, Aleksander Vasilevich Sukhanov, who devoted his life to improving Primorsky Krai and Vladivostok.

The Vladimir Arseniev home and museum

The only surviving house in Russia, where he lived and worked — an outstanding writer, scientist, traveler and researcher, who made a significant contribution to the development of the Far East, Vladimir Arseniev.

A project by the Vladimir K. Arseniev Museum of Far East History. The bureau introduces residents and guests of Vladivostok to the city’s history in the format of city walks during the summer. Accompanied by guides, you can get an insight into this coastal city through its history. We offer you both walking and bus routes with English-speaking guides.

You can book a tour on any subject-matter by email: office@vladivostokguide.ru